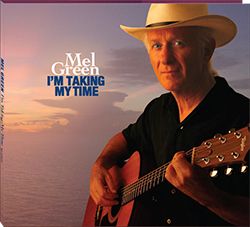 About “I'm Taking My Time”
“Who is this South African stranger with so much talent, to have created such musical and auditory perfection?” I thought I had a pretty good handle on music and performers from the far flung corners of the folk music scene. Rarely did I receive a CD out of the blue that so moved me. I was floored. I wanted to learn more about this well-traveled South African stranger.”
Roger Deitz, SingOut! Magazine

“This latest album is a gem, full of songs that reverberate long after the CD has finished spinning. We give it 4 out of 5 stars!" Maverick Digital Music Magazine, UK

CD is available direct from mel_green_1@hotmail.com
$10, plus S+H
Please inquire for overseas mailing rates. Transactions via PayPal
Mel will reply via email with current S&H rates

Back in the 60s, Mel Green was a founding member of South Africa's top folk trio, Mel,Mel & Julian,
and this album originally recorded on the CBS label and formerly titled "Songs about mines, people, places and one train". Julian Laxton was hired to play lead guitar for this album, and the results turned the folk scene on its ear at the time!

Just about to start a new contract during holiday season at one of South Africa's finest hotels,
Mel &Mel invited Julian to join the group and they never looked back!

The group was signed to CBS South Africa at the time and they went on to record two more superlative sold-out albums. Their second and third albums, "One More Town" and "Miscellanea" which were re-mastered, but have never been re-issued on CD... 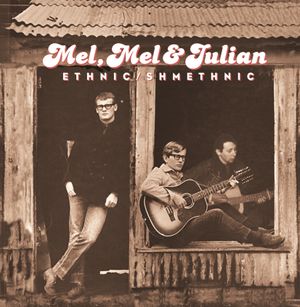 Please inquire or — To purchase direct contact Mel at mel_green_1@hotmail.com
about your CD purchase request.
Mel will reply with current shipping and handling rates in the USA or overseas. 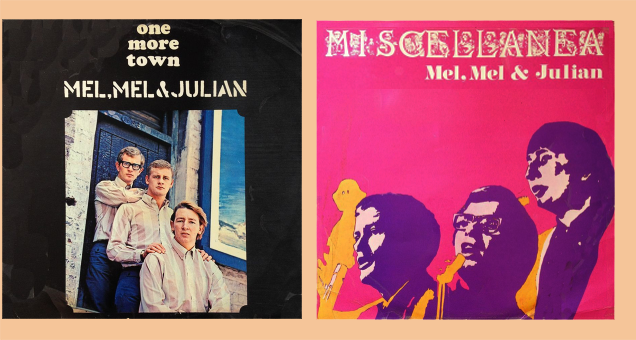